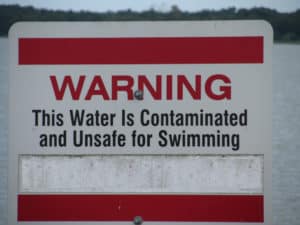 Recent news of a raw sewage spill near the Bremerton naval shipyard has Puget Sound residents in western Washington concerned, as well they should be. A sewage spill of any sort is concerning, but even more so when it is raw – rather than treated – sewage. Raw sewage contains quite a number of microorganisms that pose significant health threats.

The public has been warned to avoid any sort of direct skin contact with the contaminated water. Shellfish harvesting is permanently prohibited in the affected area, but people should NOT consume any fish taken from the affected water.

Sewage contains a number of biohazards, depending on the source.  But the biggest health threat is caused by fecal matter.  Feces is a breeding ground for a number of microorganisms that can cause severe health problems, some of which can be fatal.  But there are other possible biohazards in untreated sewage as well.

Here are some raw sewage facts:

The most common contaminants in raw sewage are viruses, bacteria, and parasites.

People usually associate salmonella and e.coli with food, but these organisms also thrive in raw sewage.

Many of these conditions can produce just mild symptoms of abdominal distress, muscle aches, and headaches. However, some can cause permanent damage (like poliomyelitis, which can result in permanent paralysis) be fatal if left untreated.  Untreated e. coli infections can cause kidney failure, resulting in death.  Several of these toxic organisms can cause bloody diarrhea leading to severe dehydration.

Finally, dirty waters produced by a raw sewage spill often result in mold growth in as little as 48 hours.  This is especially common after an area has sustained a flood.  The presence of mold can cause severe health threats as well.

While we can’t do anything about cleaning up the Puget Sound waters contaminated with this raw sewage spill, we wanted our readers to be very aware of the health dangers posed by contact with this -or any other – raw sewage.  Often our biohazard cleanup projects involve human waste, a major component in raw sewage. We exercise extreme caution in decontaminating and restoring a property affected by human waste and/or raw sewage.

How Do You Choose a Biohazard, Trauma, or Crime Scene Cleanup Company?