These days there are a lot of crime-related programs on TV – dramas like NCIS and even streaming shows like “Cops” and “Live PD”.  There even true-life investigative shows like “Forensic Files.” That doesn’t even include all the crime reports on the local and national news.  Whether it’s a robbery that involves property destruction or an accident or a crime resulting in a significant injury or fatality, you might wonder what happens after the show or news clip ends.  Just who takes care of the cleanup of a crime scene? 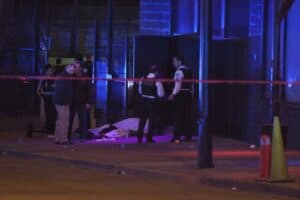 Who steps in to deal with the aftermath depends on whether it was simple property damage or if there is some sort of biological waste at the scene – blood, bodily fluids, or even a body or human remains. If those are present, so is the likelihood of what’s called a biohazard.  Even animal remains or fluids might be hazardous as well.

The industry we’re a part of – referred to as biohazard remediation or cleanup – is a relatively new one. It has developed over the past 20-30 years as a response to the growing awareness of the threats of many biological substances, mostly microorganisms (those too small to be seen by the human eye). Whenever biological tissue or fluid is present, so is the possibility that it is contaminated by something that may cause illness or even death.

The list of contagious and possibly dangerous bacteria, viruses, and other microorganisms is growing, and so is the health threat they pose.  Some produce annoying side effects, while others can be fatal. And as many of these organisms mutate in response to antibiotics, they are becoming more dangerous.  A good example is the measles virus.  Years ago it was thought to be a relatively mild childhood illness that caused a rash and respiratory symptoms, but as recent outbreaks in Washington State have shown, it now is considered to be a serious and potentially fatal contagion.

What all this means is that crime scene cleanup should be handled by a professional, experienced biohazard remediation company. Even if it’s private property and the owner is responsible, it’s not a task that should be handled by someone who is untrained.  Better to leave the job to a company who has the equipment, training, and technology to safely decontaminate the affected area once the law enforcement involved has completed investigation of the scene.  Containment is the first priority; removal of contaminated materials is next, followed by appropriate, safe disposal. Cleanup and physical restoration are the final steps. (Not all biohazard companies handle the physical restoration; their area of focus is removal of materials that are potentially contaminated with biohazards.)

So who arranges for cleanup in the aftermath of a crime?  That depends on the locale.  Private property cleanup is generally the responsibility of the property owner, although there are often funds available to help pay the cost from victims’ advocacy organizations. An insurance company may be involved. Many law enforcement entities have emergency financial assistance programs as well.  When the crime scene occurs on public property and involves a death, the coroner, medical examiner, or similar official may be the one to make the arrangements. Or it may be the police department.

Regardless of who arranges for crime scene cleanup services, biohazard and trauma remediation and cleanup companies like ours strive to safely handle restoration of the area as unobtrusively and quickly as possible. We understand that traumas like this can be hard on those involved, and our goal is to be supportive and to tackle the tasks that no one else wants to do but still need to be done.  No, you won’t see us on camera, and hopefully when we’re done no one will ever know we were there or that something awful happened.

For crime scene cleanup in the Seattle and Spokane areas of Washington as well as other parts of the Pacific Northwest, we’re here 24/7.  Call us at (877) 864-9753 to speak to one of our biohazard specialists.

What Those Crime Shows Don’t Tell You: The Cleanup Afterward